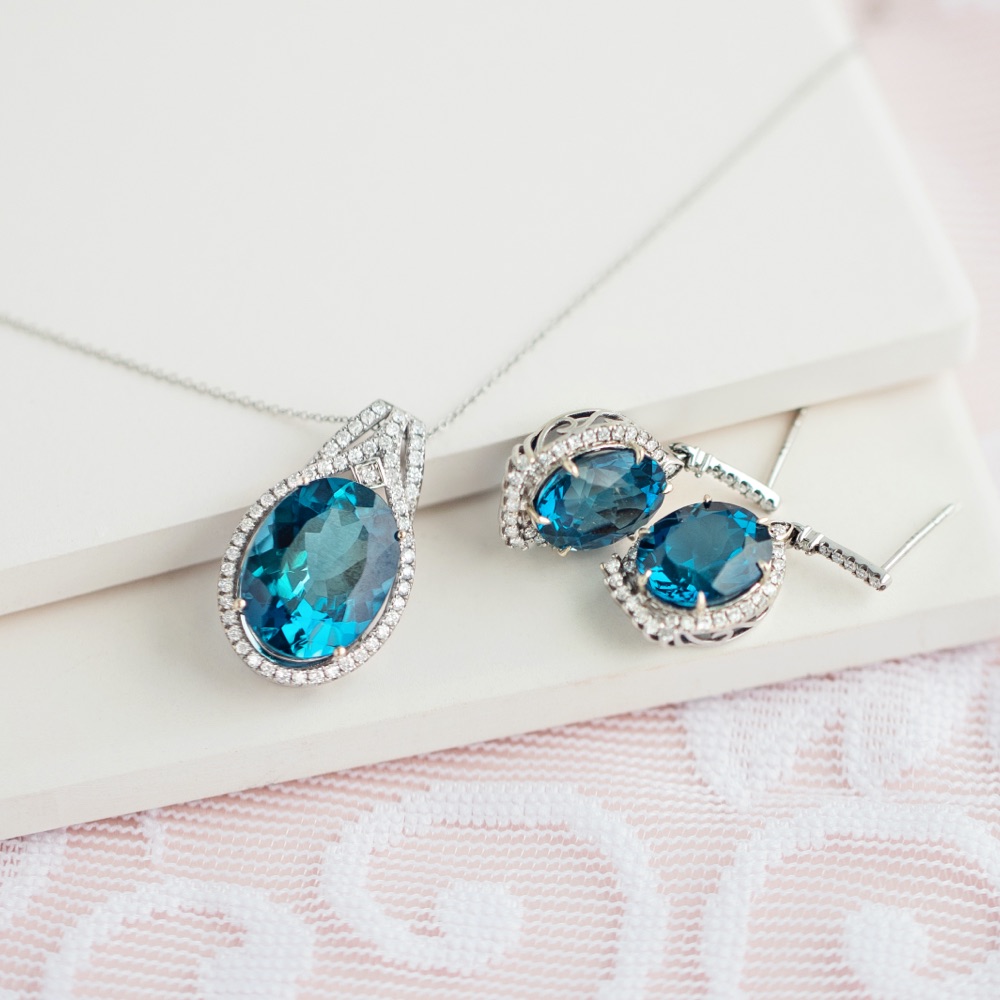 12 Cool Facts You Need to Know about December's Birthstones

What makes each of December's birthstones unique? Here's our list of things you need to know about all four of December's unique blue gems!

Hey, December babes! Did you know that you're lucky enough to not have just two, not three, but four birthstones to choose from? That's more than any other birth month. Here is our list of things you need to know about each of December's cheerful and calming birthstones: 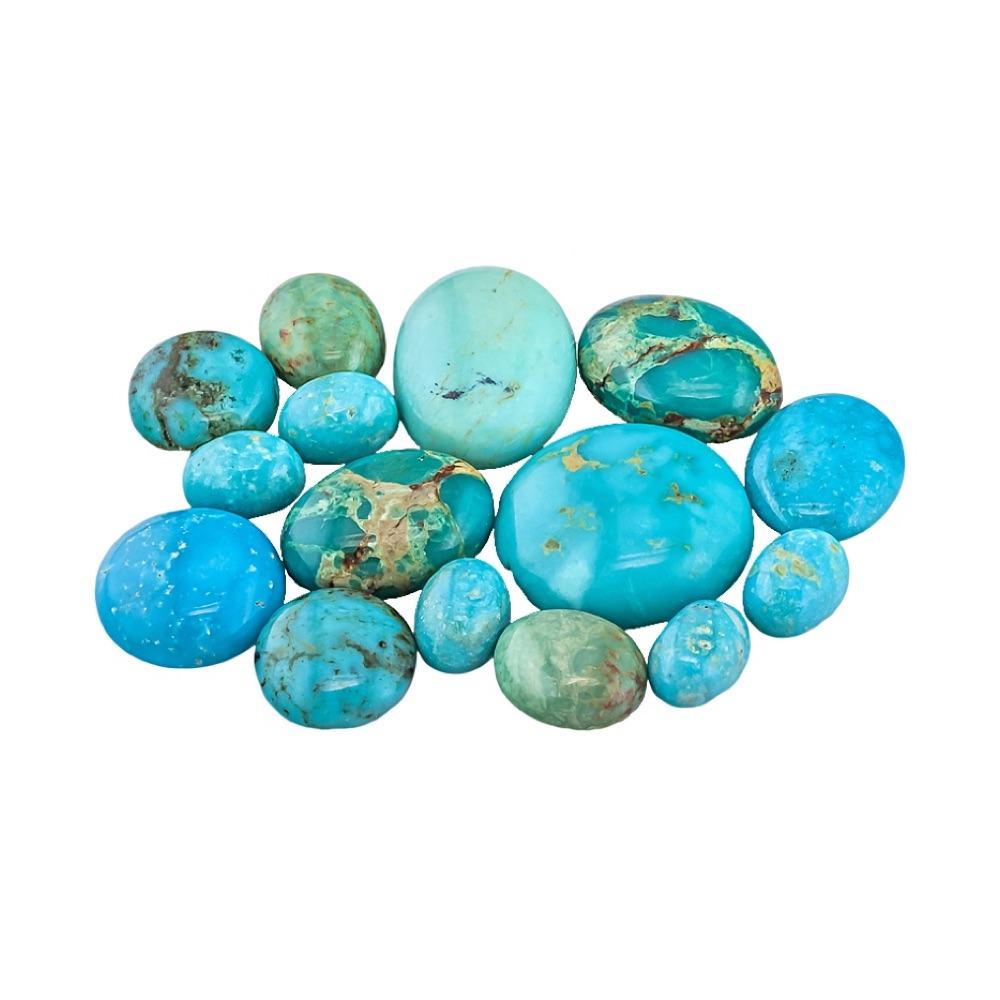 1. Did you know turquoise is one of the world’s oldest gems?

That’s right, turquoise is one of the oldest gems and has been used in jewelry for thousands of years. In fact, this December birthstone is the traditional gem of many Native American peoples. Many tribes, including the Pueblo, Hopi, Zuni and Navajo, all used turquoise in their arts and crafts. Often they would pair turquoise with silver jewelry - which is always a stunning look!

2. Looking for some turquoise? Check at the end of a rainbow!

People believe that if you go to the end of a rainbow after a storm and search in the damp earth, you can find turquoise. That's what the legend says, at least.

Since the times of Ancient Egypt, people believed in turquoise's ability to bring good fortune and happiness to those who wear it - even helping you predict danger. And with its beautiful blue color, it's not that hard to imagine why.

Older Europeans even believed that turquoise can help you achieve a higher state of consciousness. Wouldn't that be a nice trick for a tough day at the office?

3. The chicken or the egg - which came first? We may never know, but we do know that turquoise wasn’t named after the color.

The Ancient Egyptians would call turquoise ‘mefkat,’ which translates into ‘joy’ or ‘delight.’ Many people believe that turquoise was named after its color - but that simply isn’t the case. I know... it’s crazy right?

But where did turquoise’s English name come from? The French!

The name originated in the thirteenth century when the gem finally made its way to Europe from a Turkish source.  The French would call the birthstone ‘pierre tourques’ which literally just meant ‘Turkish stone.’ Over time, the word ‘tourques’ would be adapted into the English version: turquoise. 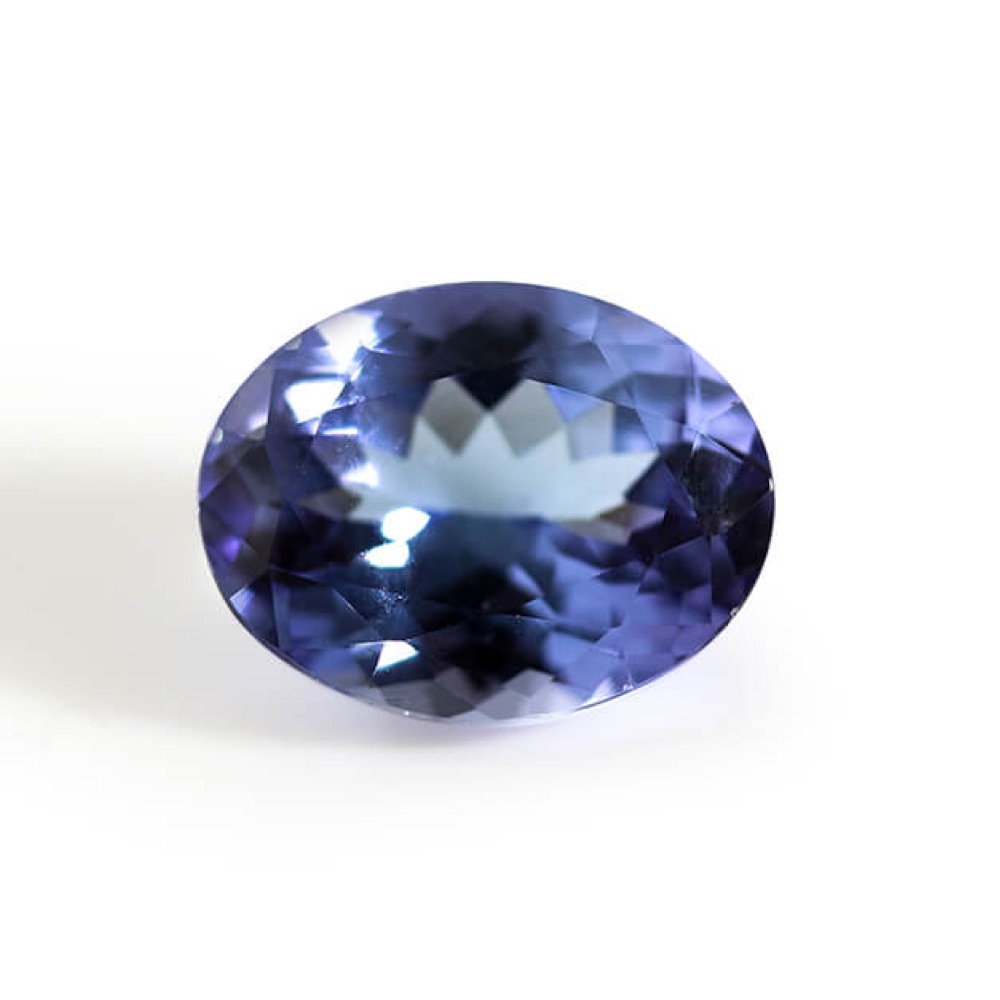 Tanzanite is mined commercially in only one place in the world - the Merelani Hills of Tanzania (which is where it got its name). Tanzania, East Africa, is the only place in the world that Tanzanite has been found, but it wasn’t discovered until 1967.

Legend says that the herders of the Masai Castle were the first to notice Tanzanite more than 50 years ago. After a fire caused by lightning burned areas in Tanzania, the herders noticed that brown zoisite crystals turned into a deep blue-purple because of the heat. And Tanzanite was born!

5. There have been some monstrous sized tanzanites found!

When it comes to the world's largest gemstones, don't forget to throw December's birthstone tanzanite into the mix.

However, the largest carved tanzanite weighs in at 702 carats. This tanzanite is known as L'Heure Bleu - which means 'The Blue Hour' in English. L'Heure Bleu was famously carved by Naomi Sarna, who found the rough gem in Tanzania. This beautiful gem stunningly sits on a sterling silver base, which pairs well with the tanzanite's blue color!

Tanzanite’s rough state is actually a reddish-brown color. To get the stunning blues we are all familiar with, scientists need to heat-treat the natural stones between 1100 and 1200 degrees to bring out the blue-violet colors. Roughly, 95% of tanzanite is found in the red-brown state.

Tanzanite can actually show different colors at different angles, depending on how you cut the stone. The deeply saturated blue is the most valuable of the tanzanites, while the paler stones are more affordable.

7. Zircon gets its name from the German word ‘zirkon.’

Yes, zircon gets its name from Germany, but the word ‘zirkon’ is actually derived from the Persian word ‘zargun,’ which means ‘gold-hued.’ Despite its name's meaning, zircon comes in a variety of colors - kinda misleading, right?

Over time, this term morphed into the word ‘jargoon,’ which is now used to describe light-colored zircon. Yellow, orange and red zircon get their own unique phrase ‘hyacinth’ to describe them - which comes from the Ancient Greek ‘flower hyacinthus.’

8. Zircon crystals from Australia’s Jack Hills is the oldest thing ever discovered on Earth!

We know. It's insane to think about, but zircon crystals discovered in Jack Hills date way back to 4.375 billion years. That’s just 165 million years after scientists believe the earth was formed.

9. The zircon birthstone has been around since the Middle Ages - and has quite the reputation.

During the Middle Ages, zircon was thought to induce a night of sound sleep, drive away evil spirits and promote riches, honor and wisdom.

This birthstone even remained popular through the Victorian Era due to its glowing reputation. In fact, even the English royals’ estate jewelry was dressed with zircon for its beauty in the 1880s.

Love travel? Zircon is an impression mineral that is widespread throughout history and the world. It can be found as far as Australia, South Africa, the United States, Russia, Canada, Brazil, Italy, India and Sri Lanka. That's quite the travel history! 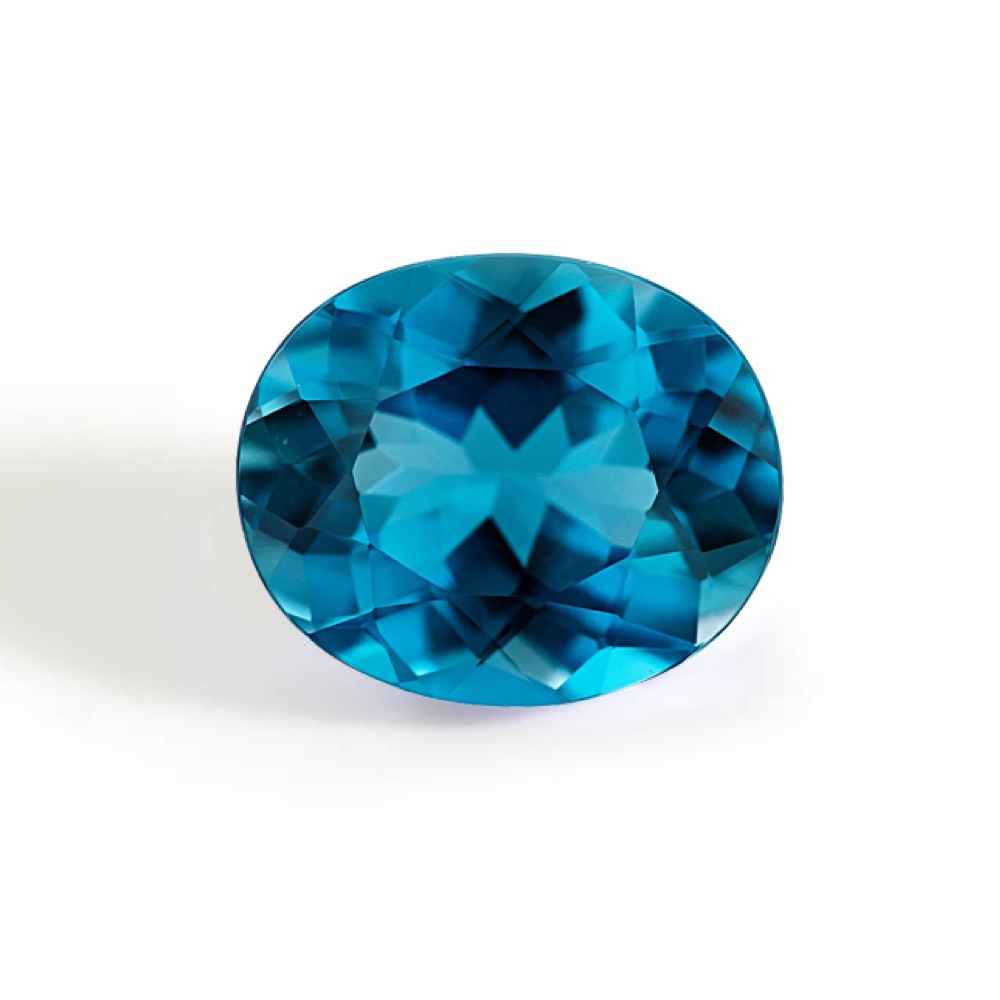 10. It may sound crazy, but there is actually a debate about where topaz got its name… silly, right?

Most authorities agree that December’s topaz comes from an old Greek island in the Red Sea Topazios (now called Zabargad). The funny thing is, this island never actually produced topaz. Instead, it created peridot, which people just got confused as topaz before developing modern mineralogy.

Other scholars believe that the name topaz traces back to the Sanskrit word ‘tapas’ or ‘tapaz, ’which means fire.

11. Topaz comes in every color of the rainbow - but December’s blue topaz is quite rare.

Blue topaz is quite rare to find naturally. Because of blue topaz's rarity, scientists sometimes use heat treatments with topaz colors to turn them into blue topaz for us to enjoy.

However, blue topaz isn't the only rare topaz out there. Like mentioned, topaz comes in every color of the rainbow. But what’s the rarest color? Red topaz makes up less than 1% of all topaz discovered (making it the most valuable and rarest).

Pink topaz wasn't discovered until the 19th century in Russia - making it the youngest topaz to join the rainbow family. Because pink topaz was new and rare at the time, only the Czar and his family were allowed to wear and own the pink topaz gem. 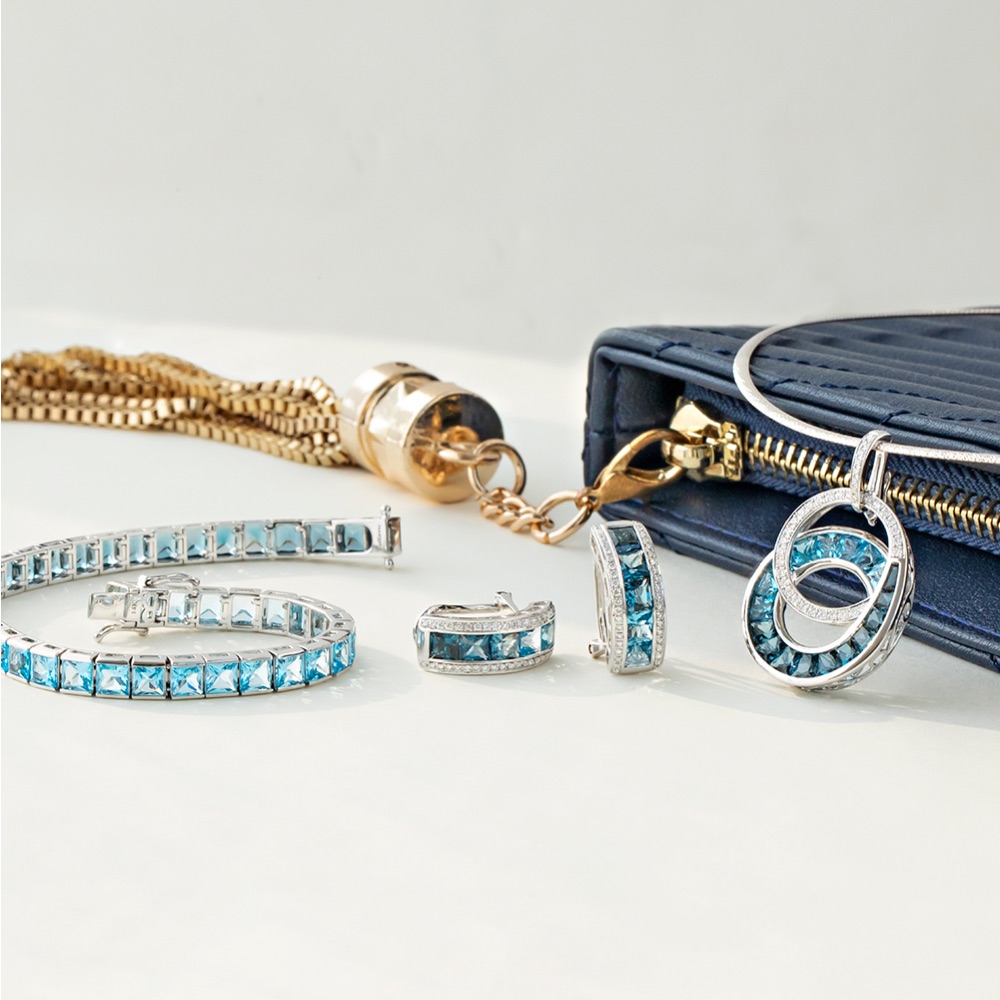 12. Did you know topaz holds the crown for the largest faceted gemstone in the world?

That’s right - the largest gemstone discovered is a topaz. The El-Dorado Topaz weighs a crazy 31,000 carats (13.67 pounds) and currently holds the record for the largest faceted gemstone in the world. This monstrous topaz was discovered in 1984 in the mineral-rich Minas Gerais, Brazil. Pre-cut, the El-Dorado Topaz was 81.6 pounds, which is just mind-boggling to think about. Now, the British Royal Collection owns this impressive gem.

The American Golden Topaz holds the record for the largest cut yellow topaz - weighing in at 22,892 carats (10 pounds) with 172 stunning facets to reflect light. This mineral was also discovered in Minas Gerais, Brazil, and took two years to cut. This beautiful gem was then donated to the Smithsonian Institute and is currently on display in the National Museum of Natural History in Washington, DC. Something definitely worth checking out!

There’s no secret that topaz has grown to impressive sizes. In 1680, a colorless gemstone sat upon the Portuguese crown that people mistook as the world’s largest diamond. It wasn’t until more modern gemological techniques were formed that it was discovered that this massive diamond was merely a sizable colorless topaz.

Stay In The Loop With December Birthstone Fashion

If you’re born in December, you have many birthstone gems to choose from to style your day-to-day looks. But don’t worry, you don’t have to be a December baby to enjoy blue topaz, zircon, tanzanite and turquoise. Anyone can wear these beautiful gems!

Be sure to shop the look with December birthstone inspired necklaces, rings, earrings, bracelets and more today. 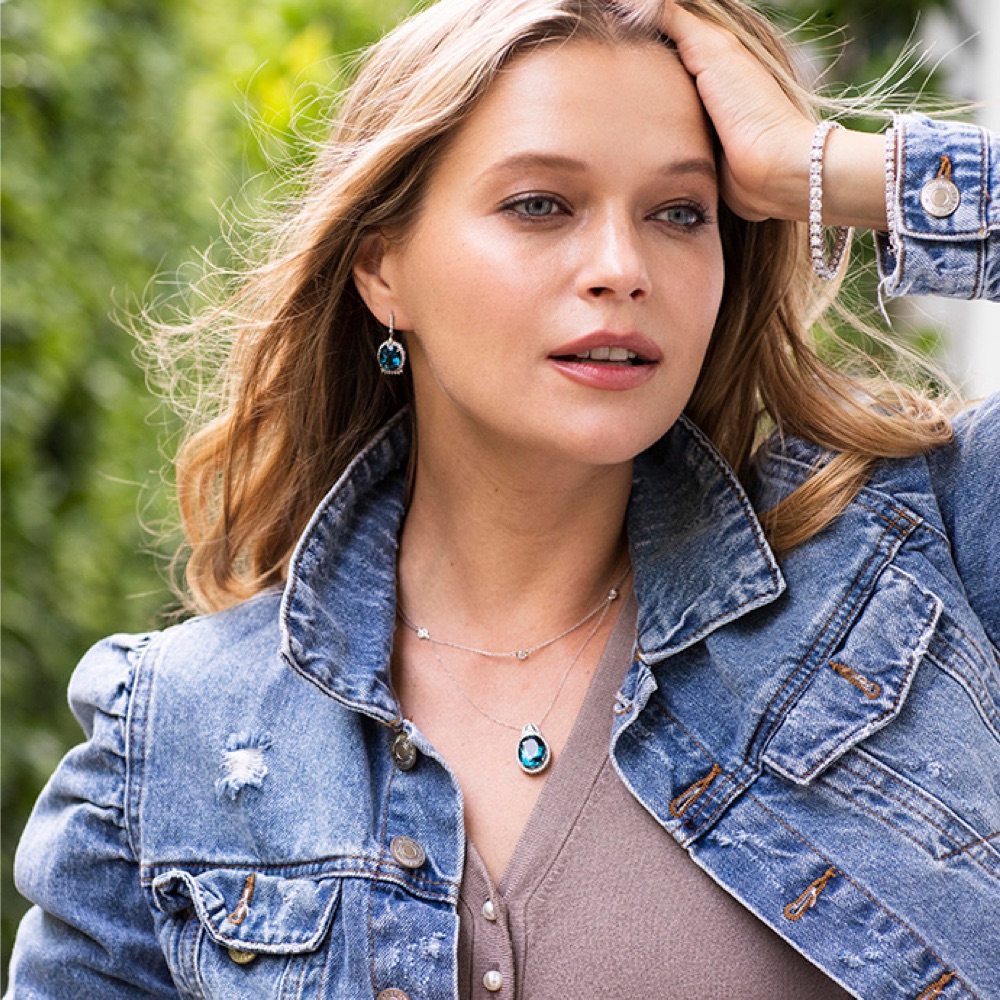