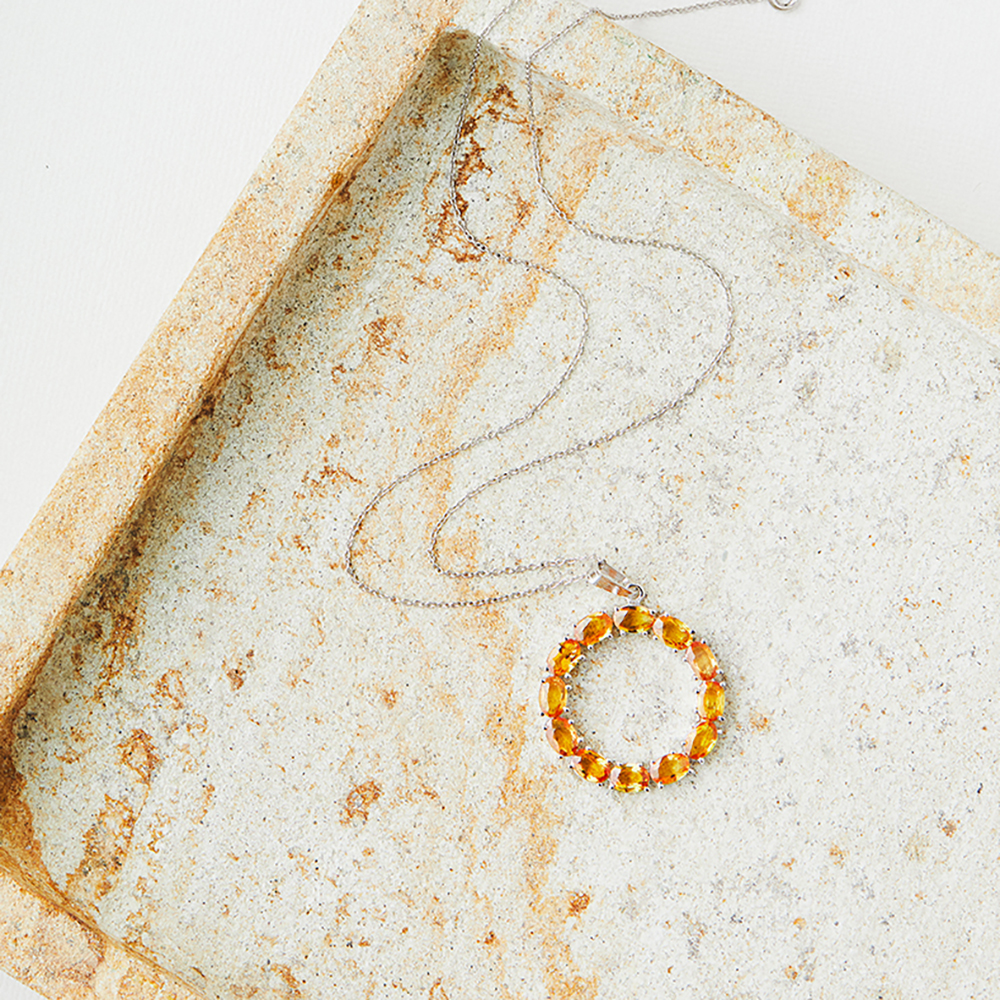 Citrine: 8 Fun Facts You Need to Know about November’s Birthstone

Have you ever wondered where citrine comes from? Or how it even forms? Check out these astonishing facts about citrine that will blow your mind!

You may recognize November's birthstone, citrine, as that sunny, yellow gem that brings a smile to your face each time she catches your eye. But there may be more to her than you think. Here are eight interesting facts about our beloved citrine that make her a little more special (not that she needs the help):

Admittedly, there is no scientific backing to the claim - but that doesn't keep people from believing in the power of November's birthstone!

Citrine radiates the vibrant colors of the sun, so there's no wonder why some people believe it gives off positive vibes. Many believers use citrine to get rid of negative energies. Citrine's energy-boosting powers are said to help you pick-up-the-pieces, start fresh, and get you feeling sunny again. Uh, sign us up, please. We need it.

2. Citrine forms and gets its color from nearby magma activity - now that’s hot!

Citrine’s sister stone amethyst actually gives her life - yes, really. Citrine is formed from the quartz crystals that make amethyst and smoky quartz. When heated by nearby magma activity, the crystals are morphed into citrine. We love a cute sister moment!

November's citrine owes its unique, radiant colors to the presence of iron. Iron also happens to cause the purple color of amethyst, but when heated, it becomes yellow - crazy, right? Citrine can come in yellow to reddish-orange to brown. Yes,  limited color pallet compared to other gems, but still equally as stunning. Sometimes, less is more!

3. Think of citrine as a refreshing glass of lemonade on a hot day (always perfect for that much needed pick-me-up).

We all need something a little uplifting from time to time - that's no secret! Citrine is said to symbolize the spiritual quality of joy, abundance and change. And with its bonnie yellow colors, we can see why.

Believers say that this fabulous birthstone can dispel negative energy (like anger) and give off optimism by channeling light through the sun - leaving you feeling refreshed. If that's the case, we're certainly willing to give citrine a try! 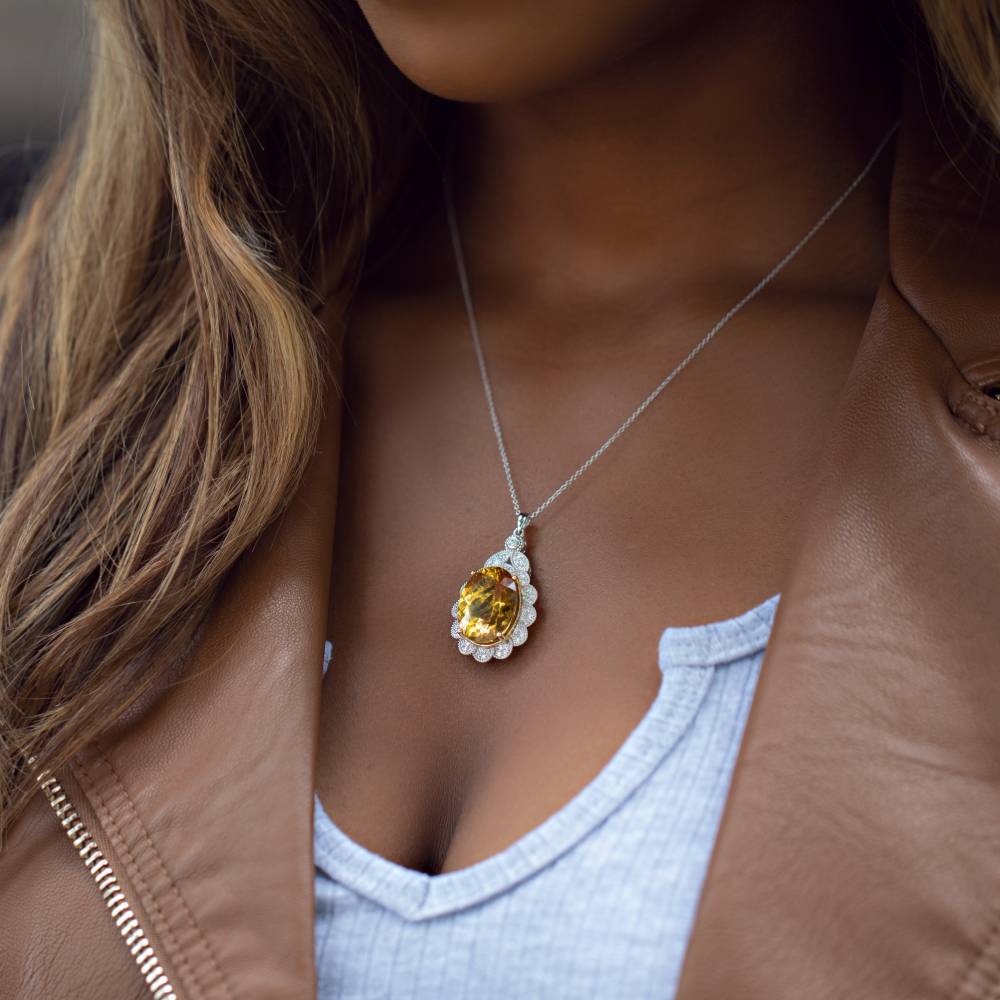 4. The fact is: citrine has made quite the appearance in Medieval Celtic and Scottish history.

Sometimes it's hard to imagine that the gemstones we admire today played a significant role in people's lives hundreds of years ago. The Medieval Celts and Scots believed that citrine pendants would protect them from many things: the plague, bad skin and evil thoughts, just to name a few.

Medieval Scots even went as far as believing that citrine could heal bite wounds from Scotland's only venomous snake, the adder. Don't try this at home, it's only folklore!

By the time the 17th century rolled around, Scottish men had started using November's birthstone as decorative pieces in the handles of their swords and daggers for luck.

Citrine can be found worldwide, but nothing is quite as rare as citrine found in Scotland. Because of the history of citrine in Scotland and the rarity of the stones, Scottish grown citrines are highly collectible.

5. Did you know there is actually a debate about where November's birthstone got its name? Crazy right!

Time to spill the tea! It wasn’t until 1556 that citrine went by the name we recognize today. Before then, we would just call this radiant yellow gem ‘yellow quartz.’ Kind of a boring name for such a vibrant gem, right?

Many people believe that citrine gets its name from the French word ‘citron,’ which means lemon. Others can be a little bitter towards this fact as they believe citrine comes from the Latin word ‘citrina,’ which means yellow.

Either way, we can all agree that citrine has a truly zesty name that matches its radiant looks!

6. The largest citrine ever discovered was 2258 carats (wow).

To put this fun tidbit into perspective, the average citrine is typically 25 carats. This monstrous gem was discovered in Brazil and is currently displayed in the Smithsonian in Washington DC for you to go see. A pound of pure November citrine? Add that to the bucket list. 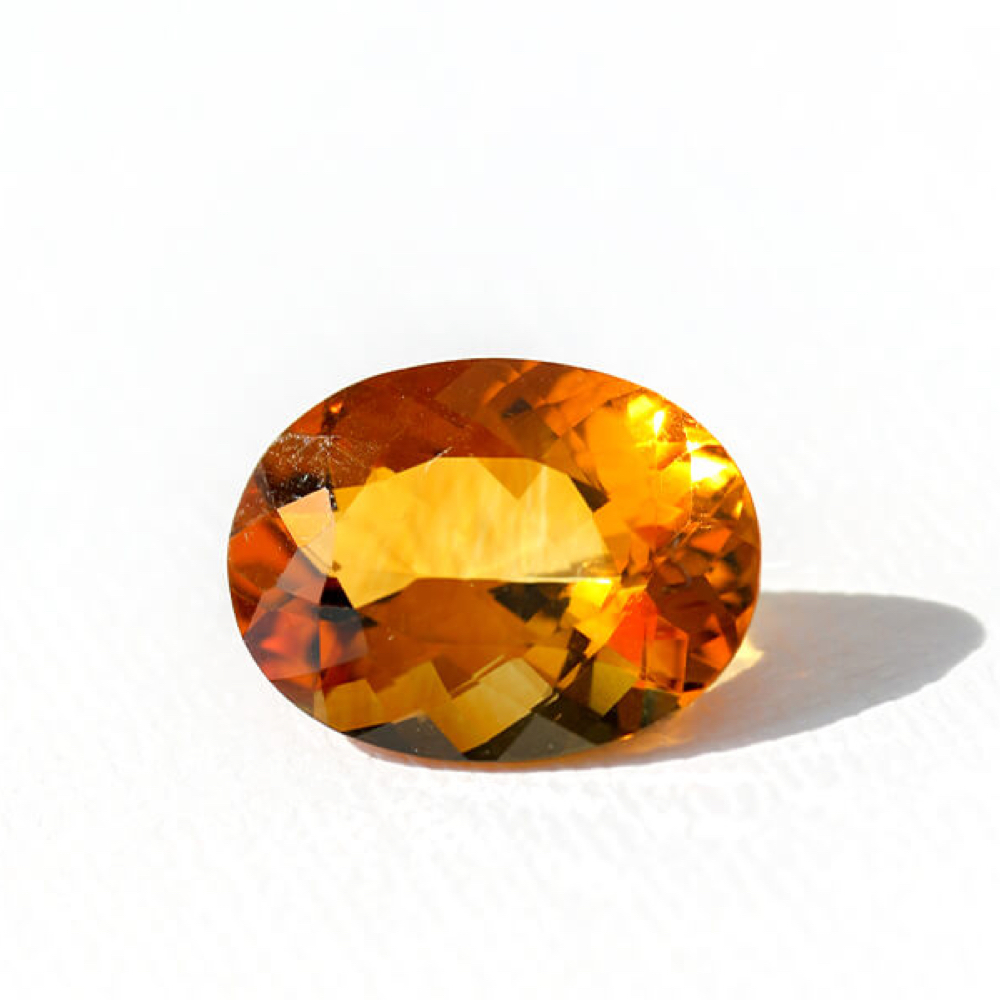 7. Brazil is the main supplier of citrine, but it probably isn’t always made the way you think.

November's birthstone, citrine, forms near magma activity by heating up the quartz crystals that form amethyst. Citrines found in their natural habitat most likely come from Brazil as they have some of the largest citrine mines in the world. Due to the specific conditions that citrine needs to grow, it can be rare and difficult to find these beautiful gems in their natural environment.

For this reason, scientists sometimes heat amethyst or smoky quartz in labs to produce citrine. The citrine is made from the same materials it is naturally formed from - just in a different way!

That’s right, if you’re lucky enough to be born in November, you have two stunning birthstones to choose from. And they are both easy to wear year-round. What a dream!

We’ve covered citrine, but what about topaz? Topaz was traditionally the official birthstone of November - dating back to ancient calendars. But now, topaz has taken the backseat as November’s alternative birthstone.

The word ‘topaz’ was used during the medieval period to describe yellow stones. But topaz comes in a rainbow of colors!

Like citrine, topaz symbolizes optimism and is closely related to the sun. What can we say? November babes are just a cheerful, sunny bunch!

Stay In The Loop With November Birthstone Fashion

Loving the look of November birthstones? You don't have to be November born to enjoy these magical gems - anyone can wear sunny citrine or tempting topaz. And the best part is you can wear them all year long!

Brighten up any look with citrine's joyful yellow hues. Treat yourself, or someone you love, with citrine's gemological sunshine. Radiate more positivity in your life.

Scared of yellow because it can seem a bit bright? Jedora has a selection of citrine gemstones with golden overtones that look more neutral. Making them the perfect go-with-anything kinda gems.

Of course, if you're feeling a little more vibrant, Jedora has sunny citrine earrings and necklaces for you to discover that will bring cheerful vibes on a gloomy day. Or, add a bit of sunshine to your look for those rainy days with Jedora's citrine rings and bracelets.