Garnet: 9 Interesting Facts You Should Know about January's Birthstone

Loving the look of January's garnet birthstone? But don't know much about it? Here's everything you need to know about January's red gem!

Did you know garnet has been January's birthstone since the 15th century? However, it wasn't until 1912 that the National Association of Jewelers officially recognized garnet as the birthstone for January? Here's everything we think you need to know about January's radiant red birthstone:

1. Some species of garnet actually have the ability to change color - crazy!

That's right - color changing garnet has been found in Kenya, Madagascar and Tanzania. These impressive gems change colors right before your very eyes, depending on the differing light conditions - and the change can be quite dramatic. Garnet can appear blue in fluorescent light and turn into a deep, reddish-purple in incandescent light.

Garnet is most known for its deep red color, which is January's iconic birthstone color. However, garnet can actually be found in almost every color in the spectrum. Other popular garnet colors (in addition to garnet's traditional red pyrope) are green demantoid garnet, orange spessartite garnet and pink rhodolite garnet.

2. Many people believe that wearing garnet enhances karma: bringing good luck to those who do good deeds.

Garnet is the stone of lasting friendship - as long as you do good for those around you, you will have good fortune bestowed upon you. This relationship stone can be a symbol of peace, health and deep friendship.

Spiritually, many believe that January’s birthstone represents love. Wearing garnet can give you the strength you need to take charge of your life - legend says. This can help the wearer release negative emotions and live a more peaceful, happy life. Add that to the self-care list! 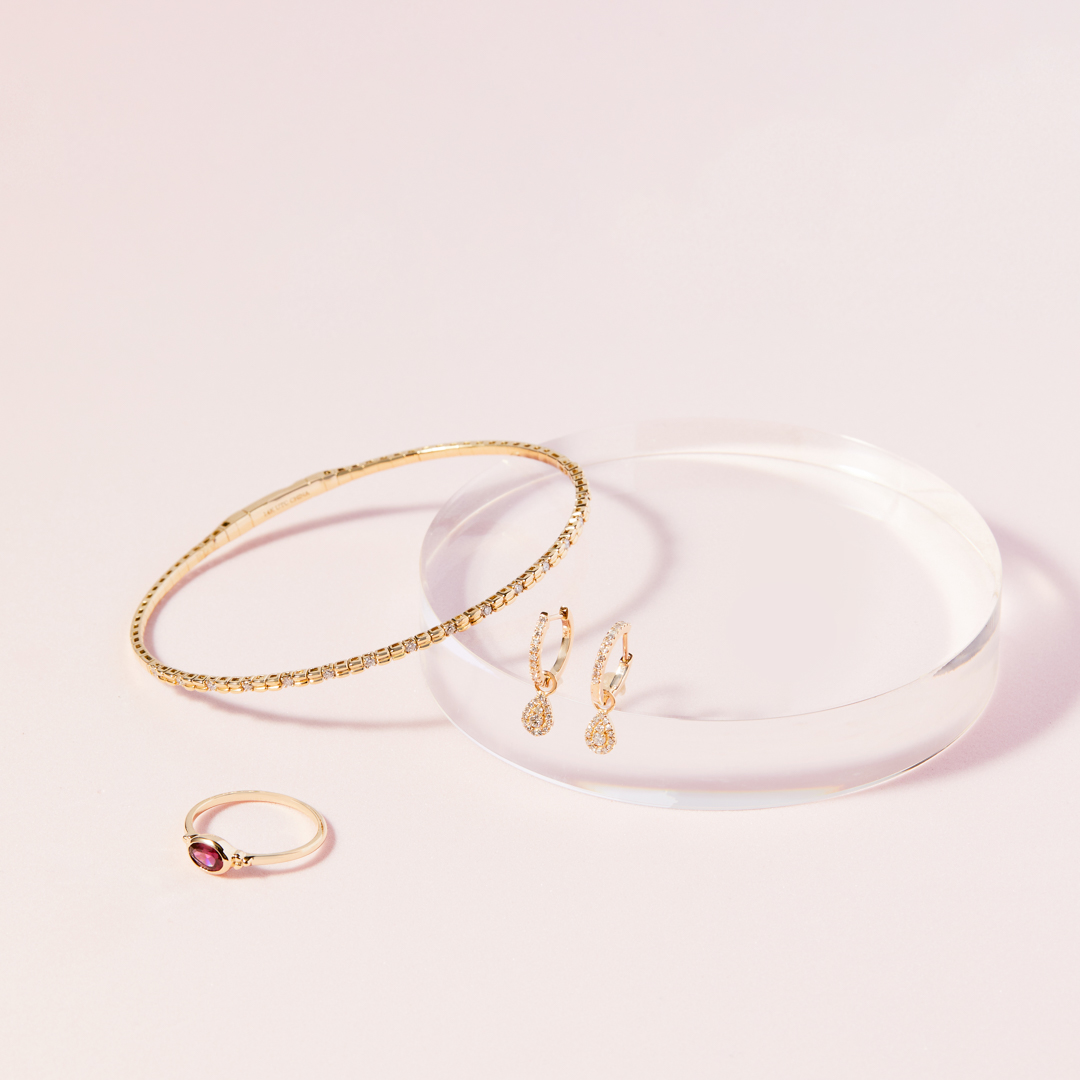 3. Did you know that garnet has a deep, rich history that dates back to Ancient Egypt?

4. People often get January's birthstone garnet and the gem ruby mixed up - why?

It’s easy for the untrained eye to confuse garnet and ruby. So, don’t feel bad if you’ve made that mistake a few times in your life. They have very similar coloring, but the two gems are actually quite different.

A quick tip to tell the difference? Garnet’s color is often paler when compared to ruby. But the most notable difference is the durability of the gems. Ruby ranks a 9 on hardness, while garnet ranks between a 7 and 7.5. But with some care and mindfulness, garnet can still last you a lifetime!

5. Garnet was often mistaken for glass stones during the Victorian era - kinda insulting!

During Victorian times, people loved gemstones. And their gem philosophy: the bigger, the better. But the gem that completely stole the hearts of the Victorian era was the much adored and prized garnet.

For this reason, it wasn't uncommon for Victorians to make doublets out of garnet and glass. What's a doublet, you may ask? That's just the practice of fusing together a piece of genuine garnet with a bit of glass to make it look like a larger stone. This caused some severe confusion among people of the time as to whether the gem was actually garnet or just glass - they just looked so similar! 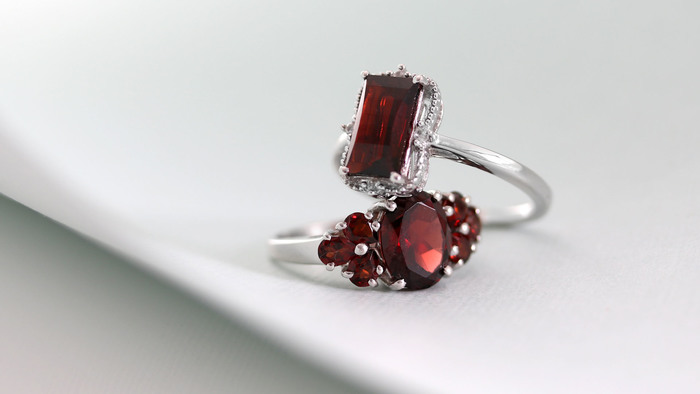 6. An interesting thing to know: garnet can be used to cut through steel.

Low-grade garnet is often used as an abrasive for sandblasting. When you mix garnet with water, it can cut through tough materials such as steel. Garnet is abundantly found, but it's not always gem quality. So, people have naturally found an innovative way to put this vast material to use somewhere else!

7. Garnet is an integral component of healing rituals around the world - is the red blood color of the birthstone a coincidence?

Traditionally, garnet would be ground down to a powder form and used in healing rituals to cure various health problems. Healers worldwide have used garnet to aid in inflammation, circulation and heart issues for hundreds of years. People also believe that garnet is good for curing skin issues and depression.

8. Did you know there are over 20 species of garnet - that's a lot to choose from!

Red is the most often seen color for garnet, but it can actually come in various colors. There are more than 20 categories (or species) of garnet. However, only five are commercially important gems. These include pyrope (the red garnet you recognize as January's birthstone), almandine, spessartine, grossular and andradite.

9. Famous Athenian philosopher, Plato, had his portrait engraved on a garnet by a Roman engraver.

In the time of Ancient Rome, people would use signet rings carved out of garnet to use as a stamp for wax. This would help secure important documents and allow the receiver to verify that the information is legitimate.

Garnet grew in popularity for hundreds of years in Rome, and by the time of famous Roman scholar Pliny's time (23 to 79 AD), red garnet was among the most widely traded gems in Europe.

January babes - be bold and beautiful with garnet jewelry! Listen, there’s way more to garnet than just the traditional red. So switch up your garnet color selection to match the mood for any occasion. Shop garnet necklaces, bracelets, earrings, rings and more today!